The Silk-Road in reverse: the QR code comeback in Europe

It seems a long time ago that QR (Quick-Response) codes were introduced to the world, appearing on everything from boarding passes to business cards. But they might just be coming into their own as a pan-European mobile payment solution, in a big way.

In Asia’s emerging markets, consumer habit has largely been informed by the phenomenon of ‘legacy leapfrogging’ – where market participants are unrestrained from the legacy infrastructure that have dogged innovation in established markets.

China skipped 3G stage and went straight to 4G while its electronics industry boomed inwardly due to government protectionism and - tripled with a huge consumer market - created the ideal breeding ground for mobile payments (m-payments). It is estimated that only some 160 mobile devices were near-field communication (NFC) compatible, largely because the technology was more expensive and only available to a select few.

With the emerging market tech a clean slate, consumer habits and technology have meshed together successfully in China, with Tencent’s WeChat blending social media and financial services, allowing users to scan in-app to add contacts and their payment details.

Neither has Alipay been quiet in the QR code space. Having recently been introduced in May 2018, some 15 million passengers have used QR codes to pay their fares on the Beijing Metro across Alipay, WeChat and China UnionPay. That is the tip of the iceberg, with one estimate putting the total enabled mobile payments in China and Japan at a total of $1.65trn in 2016.

China has recently launched Wanglian, an Online Settlement Platform for Non-Bank Payment Institutions. This will force all online payment providers to use a regulated payment platform for the clearing and settlement of all payments. Moreover, EMVCo QR code standardisation may force interoperability between banking (e.g. Union Pay) and 3rd party players like Alipay and WeChat. This may increase competition and lower merchant fees.

But the use of QR codes in Europe is yet to penetrate mainstream markets. There are many successful examples at country level that are struggling to scale up, mainly due to a lack of standardisation.

NFC on the other hand has benefited from contactless-ready merchants, a comparatively wealthier consumer able to purchase NFC-compatible technology and eager to buy into any one of the trusted, culturally iconic Google, Samsung or Apple Pays.

NFC remains the point of sale champion with merchants preferring the hassle free, quick response and easily changeable function while customers prefer the convenient 4cm or closer ‘tap’. But that mentality could be set to change.

The trouble with NFC is that it is dominated by the big processor schemes, namely MDES (Mastercard Digital Enablement Service) and VISA’s Token System (VTS). That oligopoly could be making it difficult for new players to emerge, particularly in the established legacy-tech dependent Europe. For m-payment solution providers, innovation in the NFC space is likely to be slower moving with the partnership and infrastructure constraints of MDES and VTS.

On the other hand, QR codes are unrestrained by such schemes, and instead lend themselves to the forward-thinking pan-European cooperative initiatives that have grown in prominence recently.

The European Payment’s Council’s (EPC) SEPA Instant Credit Transfer (SCT Inst) looks to harmonise PSPs towards a money transfer of up to €15,000 in less than 10 seconds. QR codes certainly fall into that category.

An SCT Inst article in March 2018 reported: “It will progressively become more and more common to pay with a mobile device, to shop online, to pay in a store with a proximity technology (such as Quick Response – QR – code or Bluetooth Low Energy - BLE), and for person-to-person transactions, based on instant credit transfers,”

“While many mobile payments are currently based on cards, credit transfers are an excellent complement for person-to-person and person-to-business transactions.

“In view of the flexibility offered by mobile phones - a personal device present anywhere at any time - it is likely that there will be an increased usage of mobile devices for the initiation of credit transfers, both instant and regular.”

Similarly, QR Code specifications for both consumers and merchants are standardised by EMVCo, responsible for worldwide interoperability of secure payment transactions.

The EMVCo FAQ entitled “Why is EMVCo focusing on QR Code payments responds: “With the increasing deployment of QR Code payment methods, it is important that the payments ecosystem provides a consistent experience for merchants and consumers.

“Given its early stage of deployment and growing adoption, now is the time to ensure the technology’s potential is not constrained in the future due to compatibility issues.” 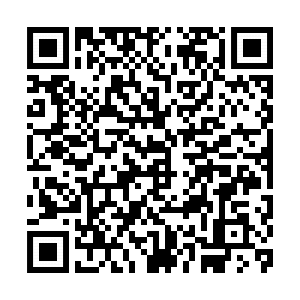 This Rorschachian jumble of black shapes (scan the above for more information) has only begun to realise the scope of their potential success as more and more western paytechs and social media apps create ever more precise QR codes. Snapchat’s founder, following the $54m acquisition of US code scanning firm - Scan, marched into their office and demanded they perfect the code to be used in all conditions.

Crucially however, and as seen with the convergence in China, industry schemes are backing the QR m-payment method, hegemonizing and facilitating its use.

Combined with the continued growth in the popularity of digitised wallets, the humble QR code may very well be ripe to rip away the title of m-payment champion, first by availability and then, swiftly followed by volume.